APPLY FOR A STAND REGISTER TODAY

What are schools' digital experiences, and what could be the next big thing for technology in independent education? Sophie Beyer finds out...

Digital choices for schools seem to be growing exponentially. Visit edtech conferences and there is an exciting array of hardware for different realities or coding, and software for gamification and learning analytics. Talking to educators in the independent sector about their experiences shows a wealth of different practices. Teachers are experimenting about which devices work best for them in their classrooms, and also with how to teach digital skills in exciting and innovative ways. Technologies such as mixed reality, gamification, or virtual tutors all offer the promise of new and exciting tools for schools, but where is the independent sector with tech? How are schools using tech such as VR/AR, if at all?

Two of the Digital Strategy Group’s four current tech projects are Learning Analytics and AR/VR research. Eight schools have been loaned headsets, and results will be shared at their conference in May. Tech hasn’t been very transferable between schools yet and the ISC Digital Group will publish standards for how to get started in June.

“The bottom line in all of this is that young people need to have these experiences to inform their education, not just about work, but also the sort of world they are going to take their place in,” said Ian. 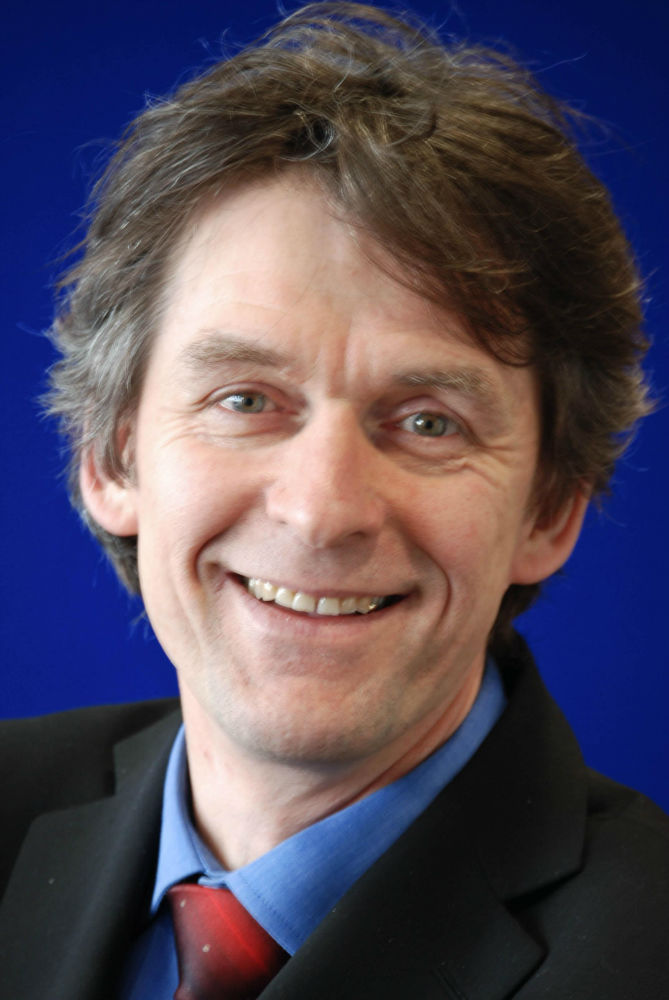 Graeme May, Deputy Head at Abingdon School, acknowledges the benefits of tech, such as resources for flipped learning, but strikes a note of caution. “The jury is totally out on whether tech has had a measurable impact on learning and whether it has changed results,” explained Graeme. “Then there is a whole other debate about safe and sensible use... [But] pupils like the online resources, videos and links and they like a variety in the classroom, this is another means of providing that. This generation expects tech to be used.”

Abingdon trialled iPads in the classroom for a number of years, and the school saw clear benefits, but eventually chose Chromebooks as their recommended BYOD. This with Firefly and Google Docs had clear advantages: “The boys share docs and collaborate, that enhancement of ability to collaborate is huge. Google just really works,” said Graeme.

Cheltenham Ladies College takes its tech seriously, but, as at Abingdon, the role of the classroom teacher is pivotal. Every student has a Surface tablet in the engineering classroom, but teacher Matthew Lim encourages the pupils to get hands-on and creative, to try making something and test it, sometimes to destruction.

“The department is based on a pedagogy called project-based learning, and the girls gain academically valuable skills from making something... The way that is realised is anything from Y7 making and then destroying a bridge. The sixth form students built a kit car, which has just gone to get its licence plates. It’s a landmark occasion for our girls. It’s technically ambitious and keeps girls engaged in STEM,” said Matthew.

The primary focus for Bristol Grammar School’s (BGS) technology the last five years has been 1:1 iPads. Walk around the classrooms and it is easy to see how the tech is integrated seamlessly into lessons at all levels of the school. All students from Y3 have iPads provided on 1:1 basis, as well as banks of chromebooks and computer rooms. 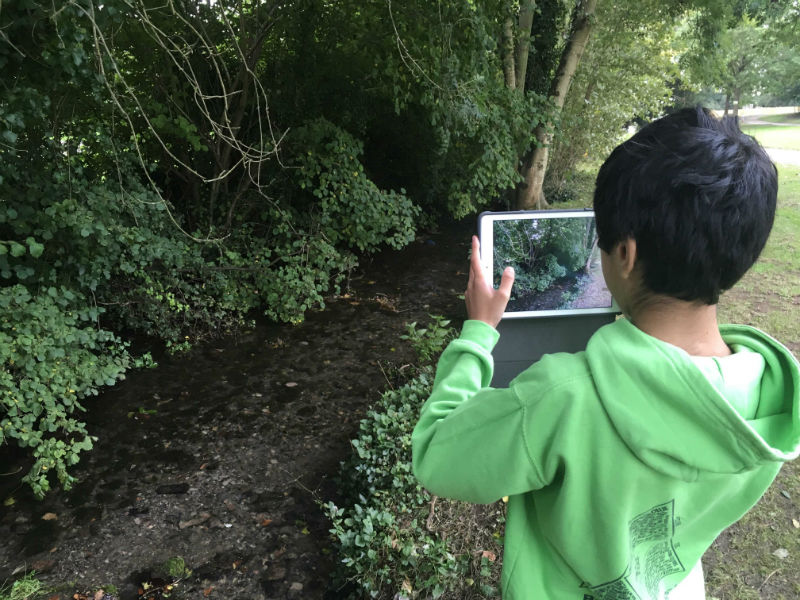 Daniel Stone, Deputy Head at BGS, explained how their teachers have been won over by technology and BGS has not prescribed how to use the devices, allowing the teachers to innovate. This means they are now doing things which wouldn’t have been possible a few years ago.

Daniel talked about the apps which help gamify learning, but for him there is a clear benefit of 1:1 devices. “For me it’s an immediate engagement, a connection with the world they are used to exploring outside the classroom. It integrates with their world. Structurally we’ve put a lot of things in place, and we manage them so they are purely a learning resource. We want outstanding learning and we really need outstanding engagement. [The devices] provide outstanding resources and apps… We have brilliant practitioners and experts in the field, so now the power is in the hands of the learner.”

Independent schools, then, are taking different paths but these digital trailblazers all share a willingness to try new things. Westminster School’s Head of Computer Science is Sam Page. Her enthusiasm is infectious, she likes the Maker Movement, and to say yes to her students’ quirky ideas. Every child that signed up for the iGCSE thought up a challenge project using computers from pi-top. “We had 48 kids doing all sorts of crazy things: one boy had made a drawing robot, another a machine that solves Rubik Cube. Boys have been working on APIs from other sites such as buses or weather, using their coding skills and embedding into their own bespoke hardware,” explained Sam.

The reason, she said, that Westminster can get them to this stage at Y10 is that all the Y9 boys do a compulsory course in Python. The support from the school and her colleagues is also crucial. It’s a real team effort, between the school, teacher and pupil.

“A pupil is an expert, we make their dreams become the reality, but we don’t have to be the wise person at the front of the class, we are working collaboratively with them, exploring the journey together,” said Sam. “It’s empowering for the pupils and teachers. This is changing really fast.” 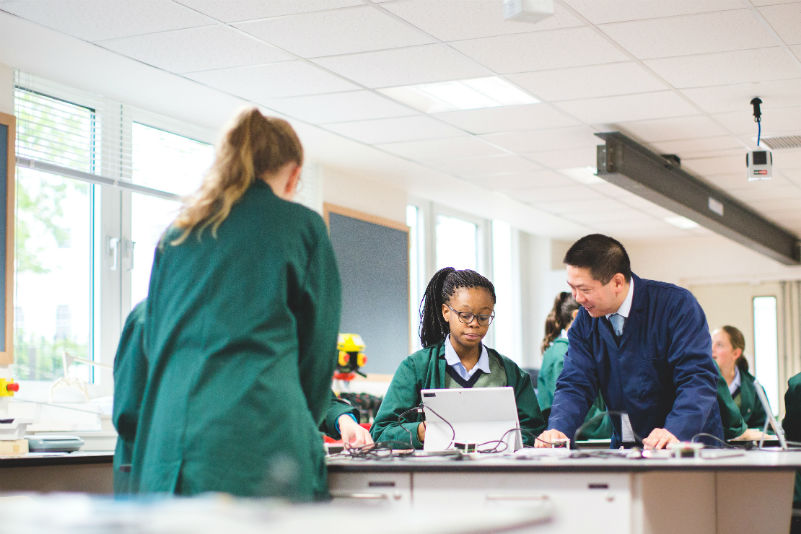 It is the openness to new tech which is clear when these schools describe their experiences. Although tech is well used in these schools, none seem to use VR/AR routinely yet. New devices and software come to market every day. How might these new offerings augment education?

Vuze claim that their cameras make the creation of true VR content accessible to just about anyone. “For independent schools, the Vuze cameras allow the outside world in,” said Shahar Bin-Nun, CEO at Humaneyes Technologies. “Students can be taught about the world of VR including how to capture videos in 3D, 360˚, and 4K resolution as well as watching their footage back. With the Vuze+, they can preview their creation and learn how to live broadcast to Facebook, YouTube and Periscope in any weather condition thanks to the cameras’ water-resistant design. Giving students the chance to see their footage through a VR headset provides an immersive, inspiring and unforgettable learning experience.”

Ian Fordham, Director of Education, Microsoft UK has some news about a great leap forward in computing.

“Implementing mixed reality and 3D technology can enable students to think and visualise in a new dimension, as well as retain information better. Paint 3D, for example, enables objects to be rendered into 3D and brought to life in the physical classroom. Pearson have also created the new HoloMath app, tailored for students from primary to secondary school, to help them visualise math concepts and geometric shapes,” said Ian.

“As we are also entering a world of AI, mixed reality and quantum computing, we’re excited about the potential of these technologies being used by young people, schools and teachers to empower them to create the world of tomorrow.”

The independent schools I spoke to were all confident with 1:1 devices in the classroom, and teach tech in creative ways. Virtual tutors and learning analytics are not yet well embedded, and, although some early adopters are experimenting with VR/AR, the benefits of this tech beyond engagement are still not well understood. More research would help inform the use of digital technologies in independent schools.

Tech companies move swiftly though, so schools should learn the true value in classroom tech when it is combined with what could be the next big things: learning analytics, AI and quantum computing.

We are proud to have Independent Education Today on board as a media partner. 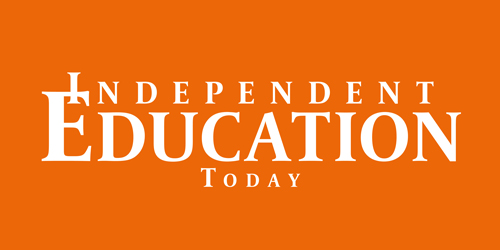